The Man Fashion Week took place between the 21st and 24th June in Milan, presenting the spring/summer 2015 collections.

Armonica Film was entrusted by Lebanese television MBC with the filming of several runways, in order to promote fashion in Arabian countries.

Armonica Film camera crew moved through the jungle of Milan’s runways. Luckily, we were accompanied by super model Jacob Abrian, Arab Fashion Week’s ambassador, and fashion creative director Mary Dell’Edera. Everything was accomplished thanks to a taxi after another, olympic runs for the backstages and fist fights to get the best spot on the photographers’ podium!

One hour, maybe less, is the available time to move from one runway to the other. Every brand has its own location: a classic Rotonda della Besana for Corneliani, an industrial-kind-of-loft for Costume National, a surreal staging for John Varvatos and a spectacular catwalk by Philipp Plein, which also included a rapper with watercraft. 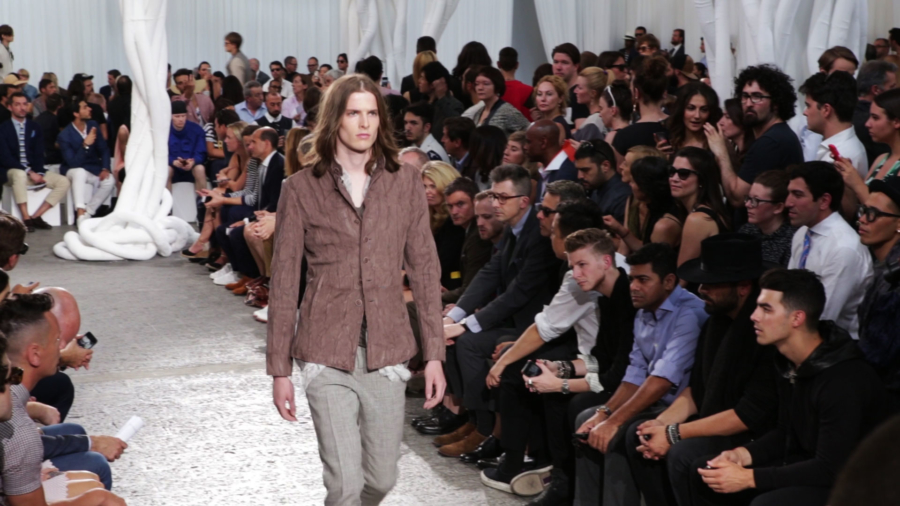 Nothing is still, everything is show, and also side events are the ideal occasion to carry on sociological studies, as well as fashion trends’ ones.

A little spoiler we can share is that the “German on holiday” style, including sandals and socks, even better if socks are up to the calf, will be the must have of the next summer.

Don’t say we didn’t warn you!